Regis Catholic Schools is made up of two child development centers, three elementary schools, a middle school, and a high school. We are located in Eau Claire and Altoona, Wisconsin. 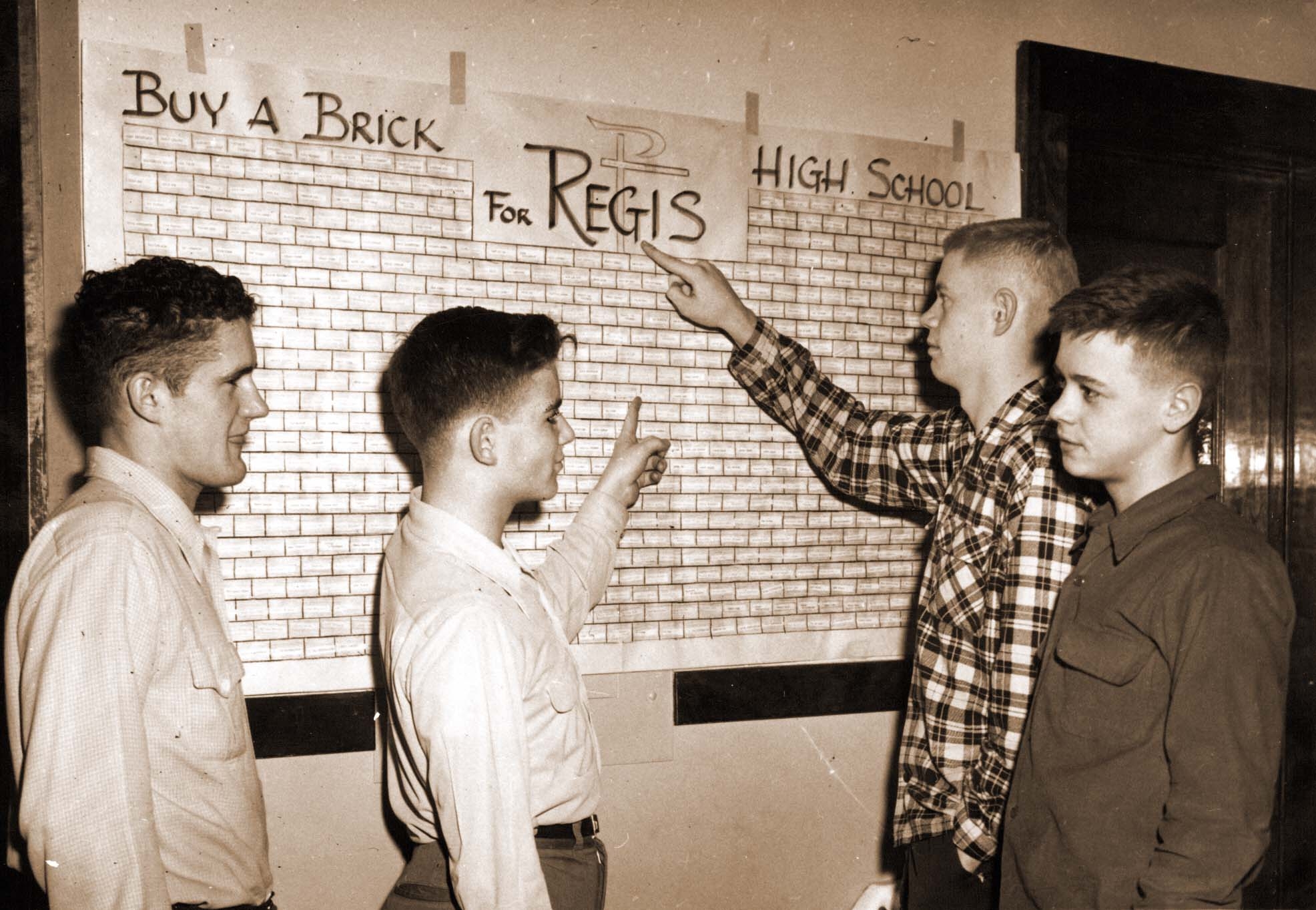 The first Catholic grade school in our area was built in 1906 and was a part of St. Patrick Parish. Other grade schools and a high school soon followed. The first class to graduate from 12th grade at St. Patrick’s School was in 1932.

In the 1950s, there was a significant demand for Catholic education. There were grade schools at Sacred Heart, St. Olaf, St. James the Greater, St. Mary’s, Immaculate Conception and St. Patrick’s. The high school at St. Patrick’s could not accommodate all of the students who wished to enroll. On September 24, 1951, the commitment was made to begin a drive for a new central Catholic high school which would meet the needs of all the parishes in the area.

At the same time, St. Patrick’s Parish High School was made a central location and the name was changed to Regis, which is Latin for "Christ the King". Construction of the present building began on September 24, 1952 and the current Regis building was in use by the 1953-54 school year.

Enrollment at Regis High School peaked in the 1960s with more than 800 students. At that time, almost 90% of the faculty was religious. The Benedictine order of St. Bede’s Priory, as well as many priests from the Diocese of La Crosse, served the school.

Enrollment declined at all of the schools in the 80s and 90s, and costs increased as fewer religious could serve as faculty and staff. This caused many Catholic schools throughout the nation to struggle financially and our Catholic schools were not an exception.

Six parishes continue to supply the majority of students and about 1/3 of our system’s revenue. They are:

Stay up-to-date with the latest news.