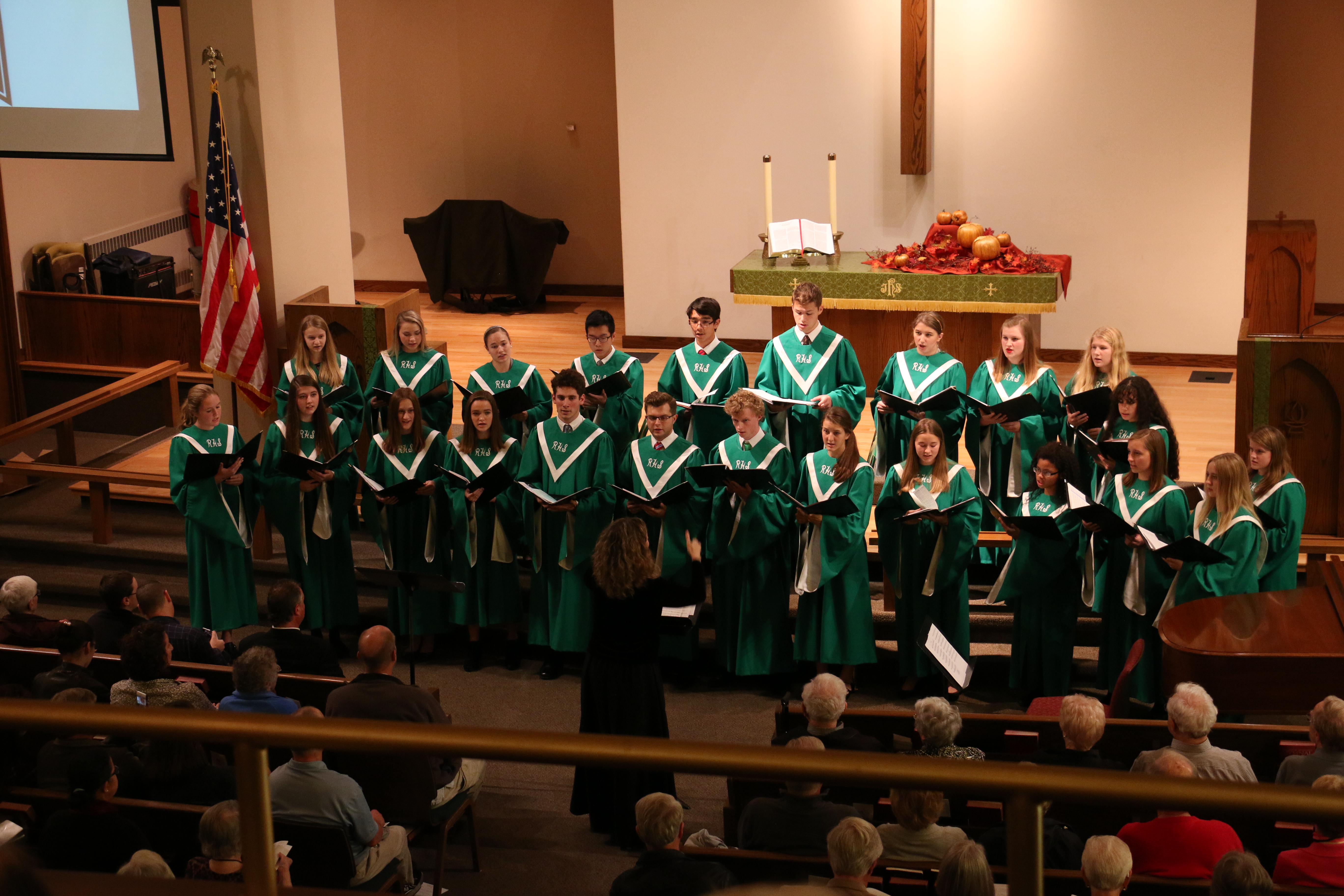 This photo was taken at The Master Singers' Fall Concert in October 2017, when the RHS Choir was invited to perform as the guest choir in their concert.

Mrs. Rebecca Santine graduated from the University of Wisconsin-Eau Claire in 1999 with a BME-Choral degree, after participating in several musical ensembles including the Women's Concert Chorale, Concert Choir, and serving as the student director of mixed a cappella group Impromptu.  Mrs. Santine has been the choir teacher at Regis Catholic Schools since 2000, minus one year at a local public school, and also directs the Adult Choir at St. James the Greater Catholic Church in Eau Claire.  Mrs. Santine also enjoys performing with the Master Singers, a local semi-professional choral ensemble in the Chippewa Valley, and performing in local community theater productions whenever her schedule allows.  Favorite roles include the Narrator in  "Joseph and the Amazing Technicolor Dreamcoat" with both the Chippewa Valley Theatre Guild (CVTG) in 2015 and Eau Claire Children's Theatre (ECCT) in 2011, Cinderella and Baker's Wife in "Into the Woods" with ECCT in 2016 and the Menomonie Theater Guild (MTG) in 2015, respectively, and Fantine in "Les Miserables" with ECCT in 2013.  She also enjoys running, practicing yoga, reading, and spending time with her husband (Tim), their children (Dominic and Gabriella), and their Siberian Husky, Navi.